Rifke and Jacob Goldman, Jewish immigrants, had fled a Russian pogrom with their family and settled in Chicago. Now, in the winter of 1892, Jacob is a butcher, and he and his wife have three children. Fifteen-year-old Sarah is the middle child sandwiched between her older sister, Fanny, and younger brother, Sammy. While Sarah was born with dark hair and eyes, her siblings are her mother’s golden-haired princess and prince. Sarah has always been on the outside, striving yet failing to gain her mother’s love. Sarah dreams of becoming an artist and finds solace in her craft. Along with her best friend, Bianca, she takes art lessons at Hull House, a community center run by Jane Addams.

The World’s Fair has brought excitement to her neighborhood with wondrous exhibits, including the remarkable Ferris wheel capable of holding 60 passengers. Sarah experiences difficult conflicts at home, painful tragedies, and first love, but most unsettlingly, she learns about a family secret that shakes her to her core.

The author’s mentions of the Chicago World’s Fair and Hull House help set the time and place. The background is beautifully realized and captures readers’ fascination for the period. The author shapes Sarah’s character most skillfully of all, illustrating the optimism of youth. The portrayal of Rifke as the cold mother is less tenable, although readers will be hard pressed to guess what her secret is. Her Mother’s Secret is a treat written by a fine storyteller. Polikoff has masked the truth with mystery until the very end. 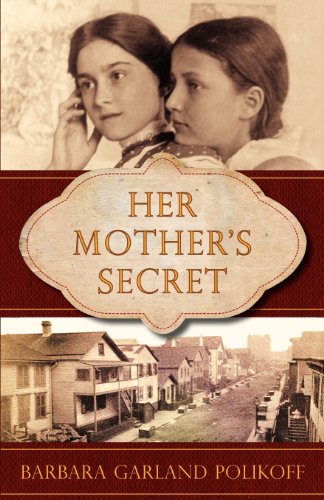