Wilm is a rebellious teenager growing up in Leipzig, southeast Germany, under Soviet occupation after WWII. Wilm’s father finds him a handful; his mother fears his impulsive nature; his sister Anneliese knows he is lovable. The Soviet Schupos keep order in a town frequently disrupted by the activities of the Wolverines, the former Hitler youth, who engage in tomato-throwing disruptions, and tire-cutting activities throughout the town. After Anneliese is gang-raped by Schupos on patrol, Wilm’s hatred grows more intense. He and his friends design a stick figure resembling a puppet, and they whitewash it on buildings and carve it into niches, then scamper off, creating havoc. The Schupos are after him, naming him the “Marionette Wolverine.” Wilm seeks the friendship of Otto, the bridge builder, who becomes his counselor and saves him from arrest. Wilm knows he cannot win the war, but he wishes to make life miserable for the Schupos. Momentum builds as Wilm faces the possibility of becoming a double-agent in order to free his friend from the Schupos, followed by a reckless act of terrorism he may live to regret.

This is a fast-paced young adult novel with many twists and turns. Each scene has surprises and revelations. The novel has a breakneck pace as we follow Wilm and his friends while they duck through alleyways and under bridges, with the Schupos in hot pursuit. The reader explores the teenager’s experience behind the iron curtain. Through her original research, Karen Bass provides us an everyday glimpse into the world of school and home, as the inhabitants of Leipzig struggle to find enough to eat amidst the terror and chaos of Soviet occupation. This is an intriguing, well-written novel. 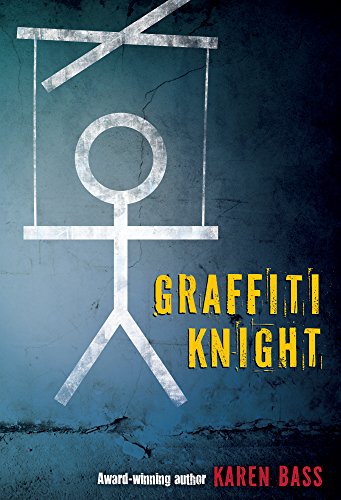