In 1695, Scotsman Edward MacNaughton, former buccaneer captain, pirate, and fencing master, is on a mission in Ireland, delivering important letters from Lord Deigle in England. He is also on a personal quest to obtain a privateering commission. Soon after arriving, he becomes enmeshed in the Jacobite mission to assassinate King William III and bring the former King James back to the throne. He also gets involved with three women during his stay in Ireland, one or all of whom may be spying for the Jacobites. As the title suggests, Captain MacNaughton believes Fortune is first among all women, and he is her whelp. He dares not guess what role Fortune will take in his life, and he is content not to know.

The author exhibits his knowledge of piracy, sailing, and fencing in his storytelling. His well-researched 17th-century tale describes the bitter relationship between Ireland and England. An enterprising protagonist, Captain MacNaughton can extricate himself from almost certain death every time so he can complete his mission, all the while trying to obtain his own ship. I hope Mr. Little plans on providing more stories about this interesting character and his interactions with women, “with sword in hand, and a dark ship on the horizon.” 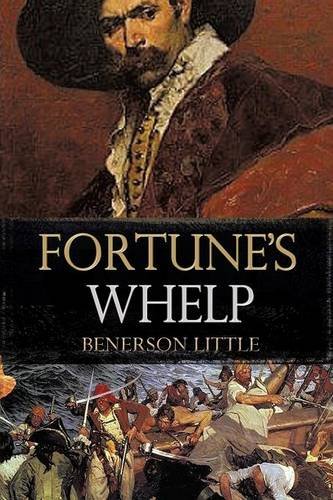