Colonel Blake Wallace is fleeing from the horrors he has experienced in the American Civil War. His family murdered and the cause he fought for lost, he has lost faith in God and in his country. Together with ship full of disenchanted and troubled American Southerners, he plans to re-establish a southern utopia in Brazil. Also on board is Eliza Crawford, a Confederate army nurse, whose secret of being married to a Yankee general will put her at considerable risk of being thrown overboard – even after forming bonds with her ship mates, including the Colonel himself.

Forsaken Dreams adeptly frames the disillusion and disarray that Southerners had to face at the close of the Civil War. After two world wars, there is a tendency to forget the sheer brutality experienced by the men and women on the opposite lines of this ideological war. MaryLu Tyndall has done well in her historical research, and she has the skill to keep a narrative moving. At times the descriptive scenes and interior monologues are a bit excessive. It is also unfortunate that the characters in the story do not attain the depth they could – Eliza, for example, is so good and pure that at times she does not seem really human. A great deal of resolution in the story is also being deferred for future installments. Forsaken Dreams will appeal to those who enjoy adventure and historical Christian fiction. 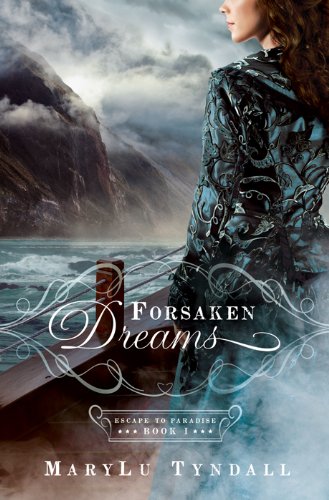