The final novel in the Golden Apple trilogy from Emily Hauser is a triumphant finale. This story continues to draw from the many characters that people Greek mythology and once again details varying events that led to the Trojan War. The two main characters are Admete, a Greek princess, and Hippolyta, the Queen of the Amazons. Both women’s fates are tied to the Greek men in their lives. Both are forced to confront their pasts and reconcile who they are with what they have done and what’s been done to them.

Emily Hauser’s writing is exquisite, and her research is unsurprisingly impeccable. Admete is searching for a cure for her brother Alexander and to discover the fate of her mother –

an Amazon. Hippolyta is desperate to conceal a secret from her youth and to maintain the safety of her people. Admete agrees to travel with Hercules on one of his twelve labours. Arriving at the Amazon stronghold, Admete is fascinated by the women she meets, but Hercules and his companions have plans beyond searching for medicines. Drawing from surviving epic poems and the scraps and references to those that didn’t survive, Hauser has created a vivid portrait of two strong, caring women and a vivid thrilling tale of war, betrayal, family, love and loss.

This will be a must read for anyone who enjoyed Madeline Miller’s Circe or Manda Scott’s Boudica. 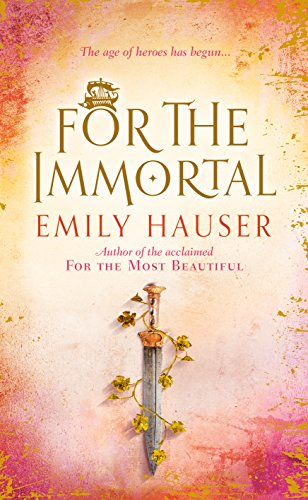