Even the Dead: A Quirke Novel

Inspector Quirke is back in Benjamin Black’s latest, and he picks up with Quirke recuperating at his adoptive brother and sister-in-law’s home. After Quirke’s assistant asks him to look at what the police are calling an accident, Quirke quickly agrees that it is not and that a murder happened. The young man killed is the son of a prominent communist agitator in Dublin, and Quirke is left to decide if the boy was killed because of his father or something he uncovered. When Quirke’s daughter, Phoebe, gets a visit from a mysterious, pregnant girl who fears for her life, Phoebe helps her go into hiding. Soon after, the girl disappears, and Phoebe asks Quirke for help. Before long the two cases intertwine. Together with his friend Inspector Hackett, Quirke begins to unravel a cover-up that includes Dublin’s most powerful men and even the Catholic Church.

Though it is only vaguely alluded to, Even the Dead is set in the 1950s. It is a sweltering summer in Dublin, a city that becomes an atmospheric character itself through Black’s skilled writing. Fans of Black’s Quirke series will enjoy the depth with which he explores Quirke’s personal life, longings, and mental baggage, but those looking for a solid mystery may be left disappointed, as the murder and missing girl cases often take a back seat to resolving Quirke’s many, many issues. Readers must suspend disbelief with the numerous coincidences that come to bear in resolving the case, and then there are the love-at-first-sight issues between Quirke and Phoebe’s boss. For what it is, this is a well-written book with an almost lyrical nature to the prose, but it isn’t a deep, suspenseful mystery. 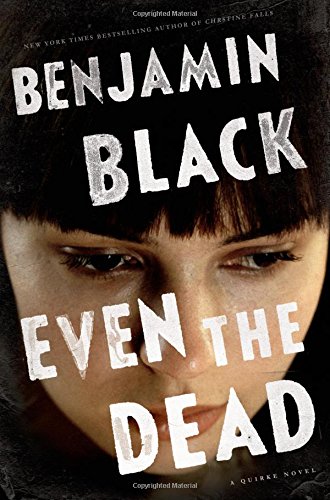