Lovett’s atmospheric fifth outing is the first set in his native United States and sparkles with all the intrigue and rich historical detail of the previous four.

In New York City in 2010, bestselling author Robert Parrish’s relationship with his girlfriend is deteriorating. Emotionally distant, Robert must confront trauma from his past related to his favorite childhood book series, The Tremendous Trio.

In alternating chapters, Lovett weaves Robert’s quest to solve a mystery surrounding The Tremendous Trio with the stories of the three young adults who wrote the series in Manhattan in the early 1900s.

While Robert’s 21st-century quest to uncover information about the three authors specifically and early 20th-century children’s book series in general is fascinating from a bibliophilic perspective, the historical storyline following the authors shines brightest. As always, Lovett’s extensive research into his setting steeps the reader in the sights, smells, and culture of New York City “in the days of streetcars and shirtwaists,” as one clever chapter title describes. Like Robert, the authors—Magda, Gene, and Tom—each experience trauma of their own. In a masterly parallel to Robert’s 2010 journey, each must find the courage to share their secrets with the people closest to them.

Entwining such seemingly disparate events and themes such as the PS General Slocum disaster, the San Francisco earthquake of 1906, and early 20th-century New York City’s underground gay culture, Lovett has crafted a treasure of a novel for book lovers. Highly recommended. 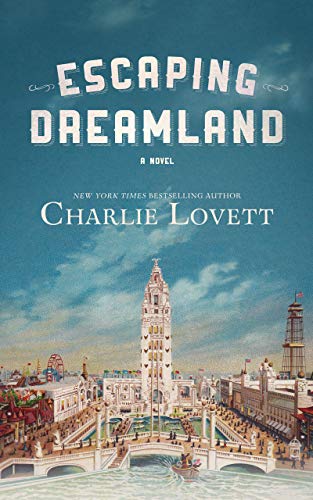