Deeds of Darkness is the fifth novel in the Home Front series by Edward Marston, and continues the detecting journey of Detective Inspector Harvey Marmion amid the backdrop of an early 20th-century England full of its own discord and poignancy. It is 1916, and Harvey Marmion’s son is somewhere in the trenches of France, and fears grow for his safety as the Battle of the Somme rages. Meanwhile, Marmion and his future son-in-law, Detective Sergeant Joe Keedy, have to track down a murderer who targets, seduces and kills unsuspecting women within the heady darkness of a cinema, and develops a taste for killing in public places. As fear of this man grips the hearts of the people, and the war torments their minds, Marmion’s problems are compounded when his daughter is forced to work the night- shift in the Women’s Police Service while the killer is still at large, and he has to remain focused to catch this killer.

This is an excellently-plotted, enthralling read, with superbly-drawn characters, right down to the most minor of players. The deliciously disturbing image of a fetishist murderer who likes souvenirs of his victims is especially good. A particularly interesting feature of this novel is its capture of social history. More than a crime novel, it paints a vivid picture of the tensions that pervaded individuals’ lives at home during World War I, including the difficulties women faced at the time in their struggle for independence. Equally, it acknowledges the emotional and physical difficulties that affected the armed services, and both physical and mental torment are sympathetically depicted. If I have any complaint about this novel, the solution is introduced and concluded just a little too quickly for me. Maybe it’s because it was so enjoyable I didn’t want to stop reading. Highly recommended. 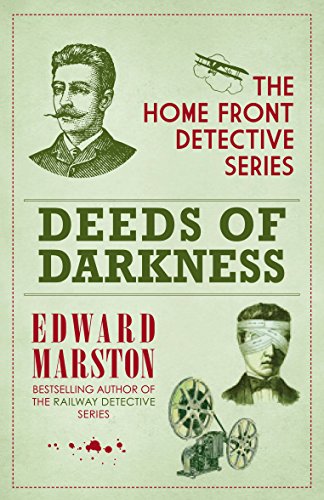