Anna Harrison is a lawyer in late 19th-century Montana and somewhat of a celebrity due to her sex and her refusal to marry after the untimely death of her fiancé. She is often given cases which her rival doesn’t feel he can profit from. One such case causes her to cross paths with Jeremiah Brown and Edward Marston, who have been picked up by a bounty hunter eager for his $10,000 reward for the notorious outlaws Tommy Slade and Johnny Nevada. Over the next couple of years, Anna is called to their defense a few times by Jeremiah, and a gradual romance forms, with many hindrances, not least Anna’s refusal to give up her independence. Then there’s the wait for the statute of limitations (on outlawry!) to run its course!

There’s little sense of time and place evoked here, and the characters are hard to get to know. The author tends to tell rather than show, descriptions are repetitive, and the ending is predictable. Nineteenth-century female lawyers are a good premise for a novel, however, so this may appeal to readers who like a clean slow-burn romance with a unique setting. 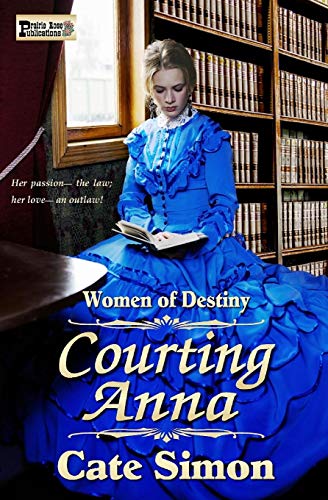