Agent of Rome: The Imperial Banner

Set in Imperial Rome, this is the second book in a series. I haven`t read the first, Agent of Rome: The Siege, but I shall certainly be looking out for it and for the next one, when and if it appears. It can be read perfectly well as a stand-alone, however.

It begins with an all-action sequence with the gladiator Indavara fighting for his life and freedom in the famous arena of Rome. After this dramatic opening, the book swings into more of a murder mystery investigation following the attempts of Cassius Corbulo to track down and retrieve the missing battle standard of the Persian Empire. The recovery of the banner is vital to preserve the fragile peace in the area. Action is never far away, however, and Corbulo and his companions must struggle against all manner of obstacles to find the banner and the treasure which was with it: robbers, a strange cult, assassins, political double-dealings and various other problems.

I could imagine this book being made into a film, as there are excellent set-pieces and moments which are very cinematic. The characters are well-drawn, and the reader wills them on to succeed. As you would expect from a humanities teacher, the history seems very accurate and the characters are part of a vividly described era, human and believable yet still of their time. Enjoyable, entertaining and well worth a read. 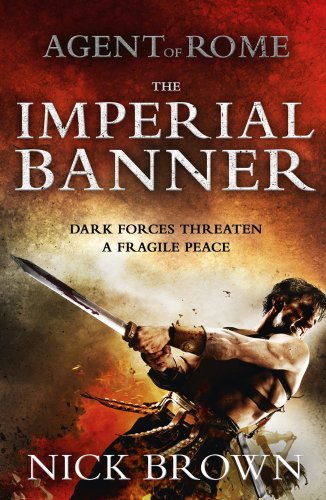