Phyllis Forrester lives a sheltered life in Sussex in 1938, devoted to her children and taking care to appease her tyrannical husband, Hugh. Phyllis’s politically active sister involves the Forresters in a nationalist party that appeals to many people in their well-to-do set. But Phyllis fails to understand what they’ve gotten themselves into, or what that party represents behind the bold words. Her blindness, and Hugh’s, ruins their lives.

Students of the era will likely guess what movement Connolly is talking about long before she identifies it, but I think she wants you to react without a label to guide you, to understand what kind of person would support such a group. In this, she does a great service, because at first glance, you’d say that the Forresters and their friends are snobby or selfish rather than sinister. But that revelation evokes a theme, not a story, and when the narrative pushes beyond that point, the disparate elements fail to hang together. The party of the title, at which Phyllis makes a mistake that shames her, happens two years before the fatal consequences that sink the Forresters. Phyllis links the two in her mind, but later, she recognizes they’re actually separate.

Further, the downfall happens out of the blue, without a rise in tension or subsequent climax. The occasional short chapters set in 1979, when Phyllis ruminates about her past, weaken the flow and drop in privileged information that could, and perhaps should, have appeared in the main narrative. Readers of historical fiction may appreciate the loving detail with which Connolly brings certain social attitudes to life, but I think lovers of literary fiction will turn elsewhere. 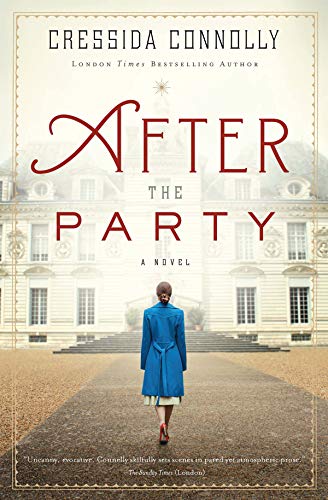