A Song for the Stars (Proper Romance Historical)

Written by Ilima Todd
Review by J. Lynn Else

1779 marks the arrival of English ships on Hawaiian shores. While at first they are welcomed, cultural misunderstandings lead to a bloody confrontation. Maile, the chieftain’s willful daughter, discovers the body of her betrothed—killed by the Englishmen’s weapons. Intending revenge on his killer, she must use the foreigner as a hostage to escape the battlefield with her life. At a secluded hut, Maile finds herself healing the man, the ship’s translator John, from his injuries instead of killing him. When Maile learns a neighboring tribe seeks to conquer her people, John may be their one chance at victory. But Maile has a secret, one she’s kept to protect her father’s honor, which could unravel their alliance.

While a romance at its heart, the narrative is embellished with rich cultural details and environmental elements. My favorite scenes were with Maile as she becomes immersed in the sights and sounds of the ocean. The budding relationship is developed with grace and gentleness. I loved Todd’s skillful illustration of the beautiful differences between Maile’s and John’s cultures. Inspired by her family history, Todd’s heartfelt connection to this story adds a special vibrancy to each page. Recommended for fans of daring female leads, sumptuous settings, and slow-burn romances. 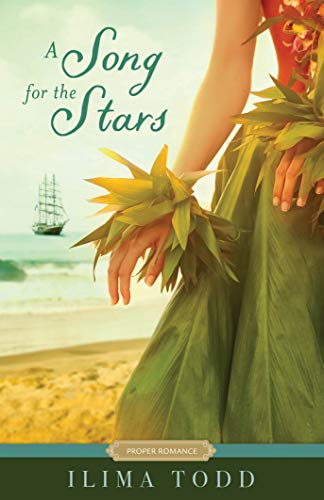