A Love That Never Tires

Written by Allyson Jeleyne.
Review by A. K. Bell

Set in the early years of the twentieth century, A Love That Never Tires is the story of Linley Talbot-Martin and Patrick Wolford, Lord Kyre. That they should meet at all is pure serendipity, as Linley has never been in London, while Patrick has mostly lived the life expected of a young peer, dividing time between his estate and the London ballrooms. But Patrick wants to escape the confining expectations of his life, which is how he ends up in Morocco where he meets Linley, there with her archaeologist father. Fact is, Linley is, despite her youth, almost an archaeologist herself, having grown up on various digs around the world.

Once again by chance, they meet in London. Linley feels gauche and out of place, Patrick is too attracted to a girl too poor to be the wife he needs, and things end somewhat sadly. But the next time they meet it is no longer by chance – Patrick has made a choice and sets out to woo this fiercely independent, totally unconventional woman.

Ms Jeleyne has invested a lot of time in getting details such as clothes and interiors right but the resulting descriptions can affect pace and occasionally the narrative comes across as somewhat bland. This is more the type of book that wraps you in a cosy bubble, than one that will have you flipping pages at an increasing pace to find out what happens.

However, Ms Jeleyne does a good job of depicting how two young people go from being attracted to each other to falling in love. The two main characters are sympathetic and well developed, but the supporting cast rarely rises above a sketch – in particular I found Linley’s father to be irresponsible and egoistic to the extreme, having little concern for his daughter. Patrick, however, grows throughout the story, and when things get truly difficult it is Lord Kyre who rises to the challenge – risking everything for his intended, if recalcitrant, bride.

There are scenes of an adult nature which might not be to the taste of some readers. 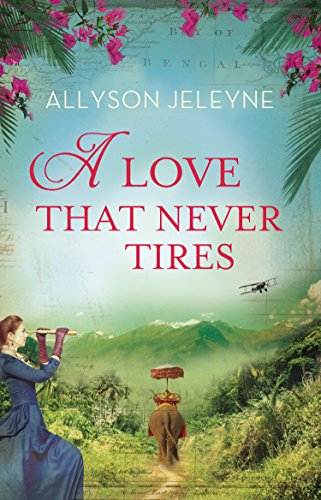