It’s 1799, and the Napoleonic Wars have just begun. Alan Lewrie, captain of the 32-gun British frigate HMS Proteus, is in trouble – again. In an earlier engagement in the Caribbean, he had confiscated twelve slaves from a plantation and enlisted them in the Royal Navy. While ashore in England, it becomes apparent that he might very well be sued for stealing property (slaves) and faces a court martial. The nefarious Zachariah Twiggs, of the Foreign Office, proposes that they present Lewrie not as a thief but as an abolitionist hero.

Realizing that heroes are best fashioned when absent, he arranges an assignment for the captain that will take him to the other side of the world. As part of an escort to the Far East, a French frigate disables his ship, and they are forced to anchor at Cape Town to refit Proteus’ shot-off rudder. One of the merchantmen from the escort, the Festival, also anchors. The Festival is a floating Russian circus, literally. The lascivious Lewrie, although a married man with children, is attracted to a beautiful young performer, Eudoxia, but it comes to naught. Finally, after the Proteus is refitted, it sails straight into another battle with the French.

Lambdin’s novel is rich in 18th century nautical detail that does not overwhelm. He captures the linguistic diversity of his well-defined characters. It might be easy to compare him to Patrick O’Brian, but Lambdin holds his own, demonstrating that there is plenty of room on the high seas for everyone. I look forward to reading the rest of the series. 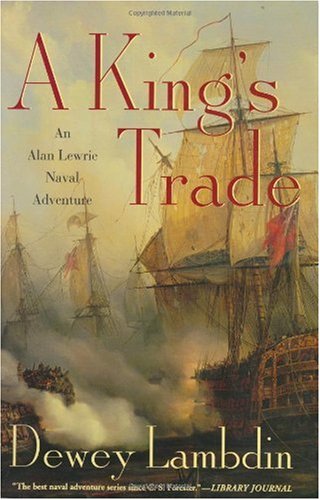