Haddad’s book is a novelization of the story his grandmother (“Mami”) tells him about his composer grandfather, Nasrollah Minbashian. The tale, which Haddad hears just before Iran’s Islamic Revolution in 1978, harkens back to 1905-1913, when the cultural ties between Czarist Russia and Qajar Dynasty Persia were close.

Nasrollah’s father, Persia’s court composer, has sent him to St. Petersburg Conservatory, where he has studied composition with Rimsky-Korsakov. Returning to Tehran in 1905, Nasrollah becomes conductor of the Persian military band and the recipient of the honorary title of Nasrosoltan. Desiring to escape his domineering father, he returns to St. Petersburg in 1913 hoping to become another Stravinsky. A major gambling loss, however, forces him to give piano lessons to Princess Irina Romanov, the Czar’s niece. He considers the position beneath him, until he and Irina fall passionately in love. It is a musical romance—the two of them play Schubert’s four-hand Fantasia while sharing a piano bench—but parental shock and anger in both Russia and Persia interfere with their love.

What could be a compelling novel never escapes its oral origins as a family story. Haddad adheres strictly to chronological order from 1905-1914, with the result that the promised romance appears over halfway through the book. Its melodrama contrasts awkwardly with the pedestrian writing that precedes it, and the drawn-out conclusion continues the chronology instead of including Mami’s sorrow in its tragedy. The book’s strength is its setting in early 20th-century Russia and Persia/Iran, amidst the political tumults which were challenging aristocratic power. Strong also is Haddad’s decoration of the romance with beautiful lines from the poetry of Hafez and Rumi, which adds cultural depth. 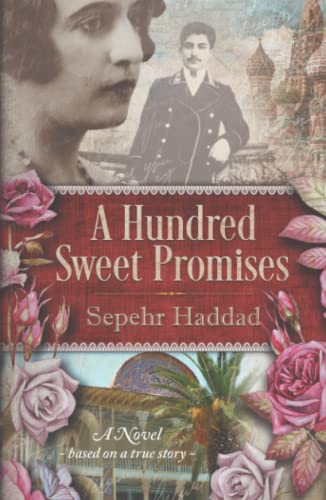