A House Full of Daughters: A Memoir of Seven Generations

This book focuses on the women of the Sackville-West family through seven biographies.  The first is that of Pepita, who was born in 1830 in Malaga, Spain – an exciting flamenco dancer whose talents and popularity raised her from the poverty in which she had been born. She toured Europe and was welcomed in the best circles. She met a British diplomat named Lionel Sackville-West, with whom she had seven illegitimate children. Her daughter, Victoria, became her father’s hostess and won approval from the women of Washington’s political set. Eventually, Victoria married her cousin, Julian Sackville-West. Vita Sackville-West, their daughter, is possibly the best-known member of the clan. Her friendships with Rosamunde Grosvenor and Virginia Woolf, as well as her masculine wardrobe, are well-documented. Vita is the author’s grandmother. Philippa Tennyson-d’Eyncourt was Vita’s daughter-in-law. Philippa, an invalid, an indifferent parent and much-traveled, left her daughter feeling alone and abandoned.

Juliet Nicholson has written a short, entertaining family memoir which leaves the reader wanting more in some places and less in others.  There is no doubt that the Sackville-West family produced interesting, intelligent, eccentric, and at times captivating women. 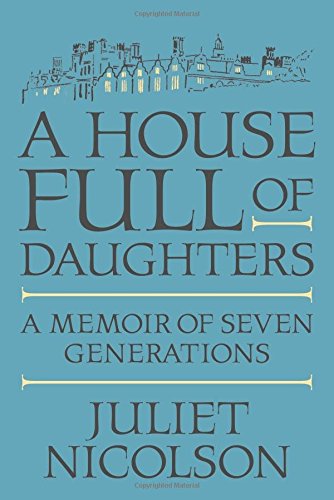