How would you describe this book and its themes in a couple of sentences?

In 1850s Manhattan, 18-year-old Georgiana Cartwright witnesses the downfall of her father, a renowned actor who performs drunk and then deserts the family. Georgie makes her way onto the stage, excelling at cross-dressing “breeches roles.” Unwanted sexual advances threaten to derail her career, but Georgie persevers to find success—and love—on her own terms.

My dad read history books as a hobby, and I learned from his example. Some people might find that a weird passion because the history textbooks we read in school turn people from the past into cardboard figures, instead of living, breathing people. That’s where historical fiction comes in. Bringing people from the past to life excites me. I like to think I’m contributing to making history more vivid, more relevant to the present.

What drew you to write about the New York theatrical world?

I lived in New York for 20 years, and I’ve been a student of its history—especially its physical history, the sites and places that have been preserved and those that are just ghosts. I love watching a performance in one of its grand old theatres, although they don’t date back to the 19th century. I’m also a theatre geek and have been since I was a kid taking part in school plays. More recently, I’ve written plays and had them produced, which I think is about the most fun you can have as a writer. So, with this novel I was able to bring together several interests in one place.

Who is your favorite minor character, and why?

I would have to say Miss Bottoms, the landlady at Clem’s boarding house. In my research, I came across a tidbit about a 19th-century boarding house in Manhattan that served vegetarian meals, and the character of Miss Bottoms grew from that. I have it in mind that Miss Bottoms will show up in another book.

What were some of the methods you used to bring 1850s Manhattan to life?

There’s an enormous amount of material available on old New York. I wanted to get the landscape right, so I pored over an 1852 map of the city available online at the Library of Congress, which indicates the names of the buildings on every block. It gave me a good sense of what was there physically, what the world my characters moved around in looked like. I also found city newspapers of the day very helpful. As for secondary sources, Gotham: A History of New York City to 1898 by Burrows and Wallace was invaluable.

Your novel is told in the first person. What made you choose this narrative style?

I wanted the story to feel more immediate than it would in third limited, to have readers hear Georgie’s voice clearly so they could share her experiences. I wanted them both to like her and to have them think, “Oh, Georgie, don’t do that!” when she messes up.

There is a lesbian relationship at the heart of your novel, and much of your writing concerns LGBTQ themes. What sources would you recommend to a novelist wanting to explore 19th-century same-sex relationships?

In the mid-19th century, there was no identity in the way we now think of “gay,” “lesbian,” or “transgender.” That said, centuries ago men loved other men, women made their lives with other women, and people presented themselves differently from the sex assigned them at birth. Finding LGBTQ people in history takes a lot of detective work and intuition, because same-sex relationships and gender non-conformity were criminalized for so long.

For any period of LGBTQ history, a good place to start is https://outhistory.org. The site was founded by Jonathan Ned Katz, a preeminent community historian and it contains a wealth of information. The website of the Library Company of Philadelphia also provides a jumping-off point: https://librarycompany.org/gayatlcp. And there are more and more scholars publishing LGBTQ biographies and local histories all the time, such as Hugh Ryan’s recent When Brooklyn Was Queer, which begins in the 19th century with Walt Whitman. 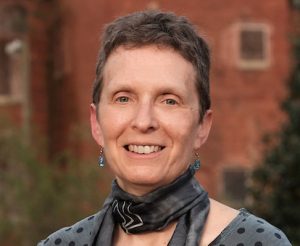 The first historical novel I consciously remember reading was Meredith Tax’s Rivington Street. I admired how she immersed readers in the atmosphere of Manhattan’s Lower East Side in the early 1900s. When I was trying to write my first novel, I took a workshop with her in which she said something I’ve never forgotten: that a historical fiction author only puts about 10% of their research into the novel; the remaining 90% helps the writer absorb the time period. More recently, I admire the work of Sarah Waters and Emma Donoghue, who both write vivid historical fiction.

Did you learn anything that surprised you when researching this novel?

One thing that stood out was how common it was for theatres to burn down. Sometimes they were rebuilt only to burn again. It’s why so few theatre buildings from the 19th century are still standing in the United States. Packed buildings, gaslights catching curtains on fire, dodgy special effects, and a lack of good exit strategies could all add up to catastrophe.

What is the last great book you read?

How the Word Is Passed: A Reckoning with the History of Slavery Across America by Clint Smith (2021).