WSP Masterclass Series 2013: 4: Hilary Mantel ‘like some inky clerk with a quill, scratching to keep up’

The Walter Scott Prize shortlisted authors are at the pinnacle of contemporary literary historical fiction. We have asked each of them how they approach language in their writing. The resulting series of articles is a masterclass for aspiring writers and critics of this form of the novel. 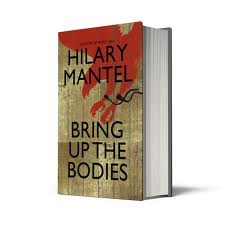 HNS: In what ways do you use language to make your stories authentic to period and place whilst still engaging the modern reader?

HM: I know language is said to be one of the great problems for historical novelists. It’s vital because it sets the tone, the register of the novel, and if you misjudge, your reader will flinch. But I can’t pretend I’ve ever agonised over it; the idiom seems to arrive along with the characters and the first line. I’m aware, of course, that much unconscious preparation goes on, below the line, before the first words register on the screen or the page. I think most of us working today are keen to avoid pastiche, and we privilege clarity. But if your language is totally modern, it implants the false suggestion that your characters have modern thoughts. So what you want is a flavour, a twist, like a hint of perfume or spice, which animates your plain prose and gives it a slight otherness. If you understand your characters’ world view, all the images and metaphors they might use in speech, or in the thoughts they share with the reader, will be of a piece, and all their expressions will be congruent. So I think you can’t separate the issue of language from the general effort to find out as much as you can about how their world was different from ours.

HNS: With dialogue, what research or inspiration enables you to ‘make the dead speak’?

HM: The one book that lit the way for my Thomas Cromwell novels was the Life of Wolsey by George Cavendish, written some 20 years after the events it chronicles. Cavendish was one of the cardinal’s gentlemen servants, and he was with him in his days of glory as a great figure on the European stage, and with him through his bitter exile to his miserable end. Historians can quarrel with Cavendish’s version of events: he wasn’t a politician, he wasn’t in the inner circle, sometimes he didn’t grasp the issues. But it’s clear that what he saw and heard made a profound impression on him, and he offers it to the reader with vividness and psychological insight and in lively prose, complete with dialogue. So there on his page, Wolsey and Cromwell are deep in conversation. He made me ‘hear’ Wolsey. And once the cardinal strolled on to the page of Wolf Hall and took his seat, all I had to do was listen and write, like some inky clerk with a quill, scratching to keep up….well, that’s how it felt, anyway. It felt like magic.

HNS: How do you ensure your characters appeal to modern readers when humour, beliefs and attitudes may be very different today?

HM: I don’t think readers come to historical fiction to find people like us and values like ours. They want the strangeness and the challenge, and for their imaginations to be engaged and their sympathies to be stretched. I think that as a writer you must never, never, shy away from the strangeness, even when it seems repulsive. There’s no value in sanitising the past, or in making your characters prematurely, precociously aware of what the modern-day reader is thinking of them. The past you create must not cringe or apologise to the present. Again, I think the task is to offer a whole world for the reader to live inside; within that world, the characters’ beliefs and behaviour become comprehensible, if not sympathetic.

HNS: What sorts of emotions or reactions do you consciously leave unguided for the reader? Is there any specific scene you like where you have shown this restraint?

HM: I think with my Thomas Cromwell novels it would be almost every scene. I have a main character whose motto might be ‘never apologise, never explain.’ He’s not strong on self-revelation, either in history or in my fiction. The reader has notional access to the inside of his head, but often must wait to see how he acts to know what he’s thinking. It’s quite a challenge, resolving on to the page the consciousness of a man who probably introspects less than the average. He thinks deeply, but he often thinks impersonally, and there are layers of his deliberations to which we have no access, just as there are things he doesn’t understand about himself. I don’t want to pretend to know him all through. There’s always a sense that something may be held back, that there are reservoirs of privacy. Is there something he’s not telling me? Quite a lot, I think.

HM: I’d been thinking of trying to write about Thomas Cromwell for more than thirty years. I was thinking about it before I wrote any novels at all. What drew me to act at last was a looming anniversary; in 2009, it was 500 years since the accession of Henry VIII. About four years before that, I began to get my brain into gear, knowing it would be the year of Henry. I wasn’t contemplating a trilogy at that stage, just a single novel. It seems that for me now, every year is the year of Henry…

HNS: What other historical novelists do you read and enjoy?

HM: So many…but when I began to write, Thomas Keneally was one of the novelists who really gave me courage. And my reply to question three above makes me think of Mary Renault, who tried to live authentically with her characters and their values, even though the ancient world is so strange to us. And I wish I’d written The Siege of Krishnapur …We don’t have to take the past tragically, and even when we do we don’t need to take it solemnly; we can take it comically and satirically, as well.

Catch up with the rest of our articles on the Walter Scott Prize 2013 here, or read our series on the WSP 2012 here, or follow the Borders Book Festival coverage of the award here.