RL: The opening of the Last Hero won our Kythira prize a dozen years ago. How did you come to write it? Was it finished before you went on the retreat with Louis de Bernieres?

HG: It wasn’t the opening of The Last Hero that won me the Kythira prize. It was a short story based on the legend of Odysseus and Circe and called The Conquerors. You can read it by going to my website and clicking on FREE SHORT STORY. I chose the theme because I had an abiding interest in Greek myths and the idea that perhaps there might be some historical truth hidden behind them – and also because it seemed a suitable topic, given the venue of the writing course. Winning encouraged me to get The Last Hero out from ‘under the bed’ where it had languished for years and start to re-write it.

RL: How do you think Louis helped you? What specific recommendations did he make? What did he like most about the book?

HG: The most important thing Louis gave me was encouragement. He fell in love with the prologue, I think because it is a kind of pastiche of Homeric language. This is ironic, because most editors who considered the book wanted me to ditch it. I canvassed opinion among other HF writers before I published the current version. Manda Scott loved it, Ben Kane said leave it out, Ann Swinfen suggested incorporating it into Chapter 1 instead of calling it a prologue – which is what I have done. Louis’s most important recommendation was to keep working on the re-write and not give up.

RL: Tell us about the passage of the novel between then and now. Why have you decided to publish it as an Indie? 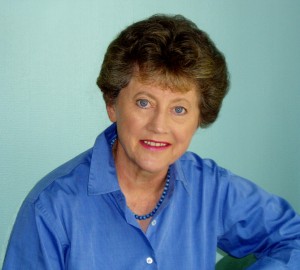 HG: The book has a long history. I wrote the first draft in my twenties. An agent took it on but in spite of his best efforts he could never persuade a publisher to take a chance on it. So I put it away and wrote other things. After Kythira I finished the re-write and started hawking it round to agents. Eventually Vivien Green of Sheil Land took it on, but she had exactly the same experience. Editors wrote back saying ‘we love the book; it’s extremely well written but we can’t see a big enough market for it.’ Time passed and I published my World War ll books and then the WWl trilogy, but I never gave up on The Last Hero. Most recently Jane Johnson of Harper Collins read it and declared, as Louis had done, that it was ‘as good as Mary Renault’ but even then she could not convince the marketing people to take it on. It was Ben Kane who finally said to me, ‘Why don’t you publish it yourself as an e-book?’ So I thought, why not? At least it will be out there for those who want to read it. I’m just hoping that the general public will prove all those editors and marketing men wrong!

RL: There is a great quote from Louis on the cover that your book is as good as Mary Renault. Did you consciously write like her? What other influences on your writing?

HG: Mary Renault was certainly my main inspiration for this book, but I did not consciously set out to copy her style. Reading The King Must Die alerted me to the possibility that myths might have been grounded in fact. That led me to reading Robert Graves’s two volumes re-telling and explaining the myths and to his subsequent book The White Goddess. The origins of religious beliefs and rituals had always interested me and I was fascinated by the worship of the Great Goddess in her various forms and the way in which that worship is still perpetuated in the veneration of the Virgin Mary.

I had also been introduced to the plays of Aeschylus and Sophocles at school, so I knew about the murder of Agamemnon on his return from Troy and its consequences. (Oh the lost benefits of a proper classical education!!)

Reading about the myths led me to researching the true history of the Greek Bronze Age, revealed through the excavation of Mycenae and other cities of the period. I discovered that roughly three generations after the victory at Troy those great cities came under attack and were eventually destroyed and consigned to the realm of legend. The only remaining evidence that Mycenae ever existed was the Lion Gate, which still stood. The final spark came when I read about the excavation of the ruins of Pylos, kingdom of the legendary King Nestor. It was the first of the Mycenean cities to be destroyed and, most exciting of all the finds, were the clay tablets written in Linear B script which, once deciphered, give clear indications that the inhabitants knew they were facing attack. The question was, who were the attackers and how were they able to overcome such a powerful and sophisticated empire? That was my starting point for the novel.

RL: How did you research the time period of The Last Hero? What resources were most useful? 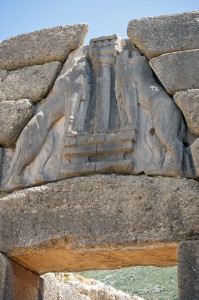 HG: I should start by saying that the work was done long before the invention of the internet, so the libraries were my only source. There I discovered the work of Professor Palmer of Oxford University and of Professor Carl Blegen of the University of Cincinnati, who was the archaeologist in charge of the excavations at Pylos. I discovered that the Greek historian Pausanias had written about the last days of Mycenae and it was from him that I gleaned the name of the last Prince of Pylos – my hero Alkmaion. Many of the other characters in the book are also historical and the family tree of the House Of Neleus at the beginning is derived from Pausanias. I also went to Greece to look at the ruins of Mycenae and Pylos and there is a very usefull pamphlet by Blegen about the palace and the town around it.

I know little about the real Almaion, of course, other than his name and rank. I decided to make him a young man on the brink of adulthood, with all the psychological baggage that entails, plus the fact that he is painfully aware of his heroic heritage and the need to prove that he can live up to it. This need is sharpened by his rivalry with his cousin Antilochos. It is a fact that Antilochos is descended from a senior branch of the family and had his grandfather not been killed at Troy he would have been heir to the throne instead of Alkmaion. Their bitter rivalry is one of the main springs of the narrative. I also introduced Alkmaion’s sister, Karpathia, who as the daughter of the king is destined to be the Chief Priestess of the Great Goddess whose worship dominates Mycenean society. Her downfall and subsequent rehabilitation is another major thread in the narrative.The only completely invented character is Alectryon, Alkmaion’s lover and their relationship is a kind of homage to Renault’s Last of the Wine. He is a very attractive person, brave, kind and patient, the polar opposite of Antilochos and Almaion’s main source of support.

RL: Which parts of the novel do you like best?

HG: I think one of the passages in the book that works best is the terrifying climax to the spring ritual. It is this event that sets the whole plot of the book in motion.

RL: What is coming next from you?

HG: What next? I’m not sure. I have ideas about a novel re-telling the story of the murder of Agammemnon and the revenge of Orestes, events that are touched upon in The Last Hero. I shall have to wait and see how this book is received before I decide to go ahead with that. I am also working on a novel about Queen Mathilda and her war with Stephen; and a book set in the First Crusade. Which will ultimately take priority I can’t tell at the moment.

Buy The Last Hero on Amazon.
Other novels by Hilary Green