Where the Light Falls

Keenum’s ambitious first novel opens in 1878, when Jeanette Palmer, an aspiring artist, convinces her parents to send her to Paris to study. The young American has a lot to learn about art and the politics of art, but, in time, talent and hard work provide her with an entrée into the communities that revolve around popular teachers.

Edward Murer, MD, is in Paris to get his life back on track. A former Union officer, Murer still suffers from wartime injuries, both physical and psychological, which he treats with laudanum. Edward is struggling to overcome addiction so he can go home as a healthy man.

Although acquainted, Edward and Jeannette move in separate orbits, barely touching until, very late in the book, they fall in love. Encouraged by her modest artistic success, Jeanette wants to continue her studies in Paris. Edward, older and more conservative, plans to return to Ohio. How this is resolved is anticlimactic.

We learn everything Jeanette does, but we don’t know how she thinks. A more introspective protagonist would have made this a better book. Edward’s story, which is braided with Jeannette’s throughout, is not as glamorous as hers is but, because Edward’s character is more fully developed than Jeannette’s is, he is a far more interesting person.

Nevertheless, Keenum appreciates the problems with which every artist struggles. Her depiction of turn-of-the century Paris and contemporaneous reactions to early impressionism are fascinating. Where the Light Falls is recommended for a fresh look at artists at the vortex of an artistic revolution. 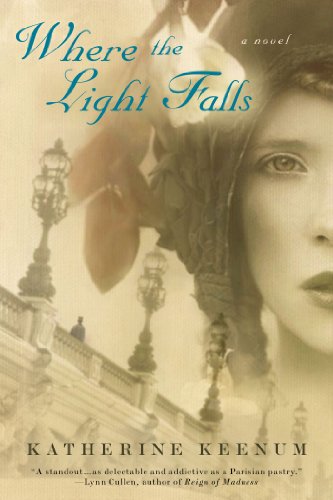