As the school rhyme says, “In fourteen hundred and ninety-two, Columbus sailed the ocean blue.” A harsh and dangerous time. In the 15th century, while Spanish ships roamed the world and Columbus discovered the Americas, the Inquisition tortured and burned those who did not embrace Christianity. Returning to Spain with Columbus, Diego Mendoza, a young Marrano Jew, plans to send his sister Rachel to Italy to join their parents and escape the Inquisition. Rachel, a willful young woman masquerading as a Christian, dreams of adventure. Ultimately unable to find safe passage for his sister, Diego convinces Admiral Columbus to allow Rachel to accompany them on the second voyage to Hispaniola. Lust, cruelty and the lure of gold lead Columbus and his compatriots to deceive and conquer the local Taino people. Having embraced the Taino way of life, Diego and Rachel must decide where their loyalties lie.

Elizabeth Zelvin’s story offers excitement and adventure in a 15th-century context. Historical detail abounds with descriptions of food, costume, landscape and customs both in Spain and Hispaniola, offering the reader an immersive experience. Minor characters such as Dona Marina, Rachel and Diego’s aunt, and Hutia, Diego’s Taino friend, come alive. Drawbacks for me: the first third of the story was slow, dialogue felt cumbersome from time to time, and point-of-view changes – occasionally to Rachel and once to Hutia – detracted from Diego’s clear and well-constructed voice. 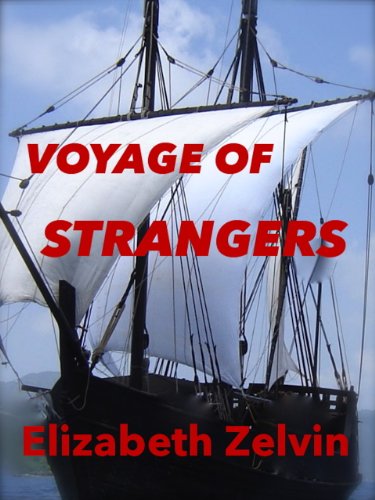