It is an age of exploration where men, out of greed or naked courage, fought for their own destinies and their women helped shape a civilized community out of the marshes. Southern native Beth White is no stranger to the historical genre, but she enters new territory with The Pelican Bride, first in a series of romantic adventure novels set in 18th-century French Louisiana.

Huguenots in flight, Geneviève Gaillain and her sister Aimée, escape France and journey to the New World, where they’ve each agreed to marry a settler. As both girls wade through the murky waters of finding a good spouse and surviving the difficulties of colonial life, the secrets they brought with them may drown the community.

Following the fates of the “Pelican Brides” of 1704, we discover with them the joys and disappointments of matrimony, and the faith and courage that are a lifeline in the midst of brutality and tragedy. In other words, this is not your typical mail-order bride story. With a fast-paced plot full of dynamic characters inspired by the real settlers of the Gulf Coast (and a liberal dose of artistic license), White has fashioned a richly layered and engrossing tale. 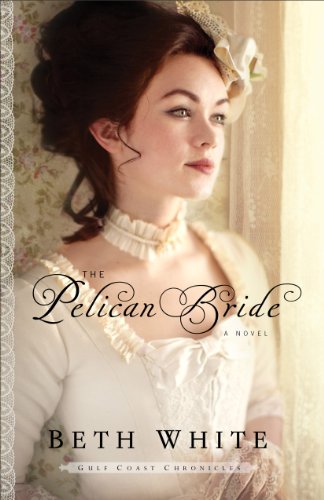