“There is nothing so superfluous as the fourth son of a duke” – so muses young Jason, the hero of Dory Codington’s energetic and winning “Edge of Empire” series, as his family’s shipping vessel, the Chardon, pulls into Boston Harbor in 1773. Jason is a very extra son of the Duke and Duchess of Chardon who’s decided to forego academia or the clergy in favor of a mariner’s life, and that life brings him to Boston on the eve of the Boston Tea Party (marvelously described by Codington, a former guide on Boston’s Freedom Trail), in which Jason is impulsively swept up – along with a level-headed indentured servant woman named Oona, whose pragmatic soul is touched by Jason’s impetuous courage. The Boston Tea Party of course ignites the colonies in rebellion, and Codington’s story follows Jason and Oona through all those familiar events from fresh perspectives. Historical fiction this good set in the American Revolution is rare – readers shouldn’t miss it. 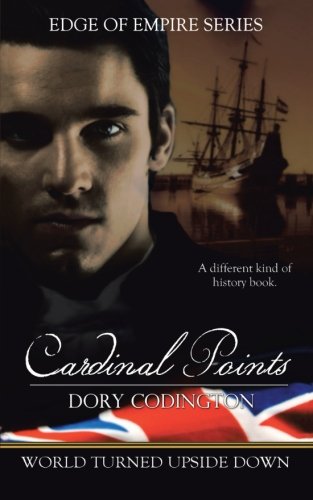