Ten years after the Times Square incident, Verlaine has become a lethal angelologist, a hunter, but is haunted by his lost love, Evangeline. A chance encounter before Evangeline is kidnapped leaves Verlaine with an exquisite clue to a mystery touching upon the Romanov Dynasty and the seeds of ancient civilization. While he pursues Evangeline’s captors, Verlaine begins to unravel a secret that could ensure the destruction of all Nephilim.

Angelopolis, the sequel to Danielle Trussoni’s New York Times bestseller, Angelology, is an exhilarating chase as modern angelologists pursue the Grigori family and a warrior class angel from the rooftops of Paris to the Trans-Siberian Railway and an island along the Black Sea. Trussoni interweaves historical figures like John Dee and Rasputin with familiar Biblical stories including the Annunciation and the Deluge.

The decade gap between books glosses over the development of Verlaine’s abilities and readers may find some of his decisions to be out of character from the academic introduced in Angelology. Where Angelology introduced readers to Trussoni’s alternate history, Angelopolis thrusts us deeper into the heart of angelic origins, the fate of the Watchers, and a final confrontation between humans and angels, which Trussoni, perhaps, might call an Angelgeddon. 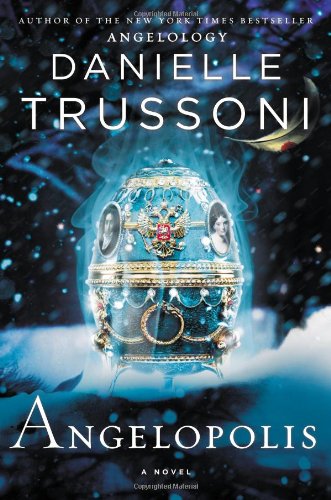